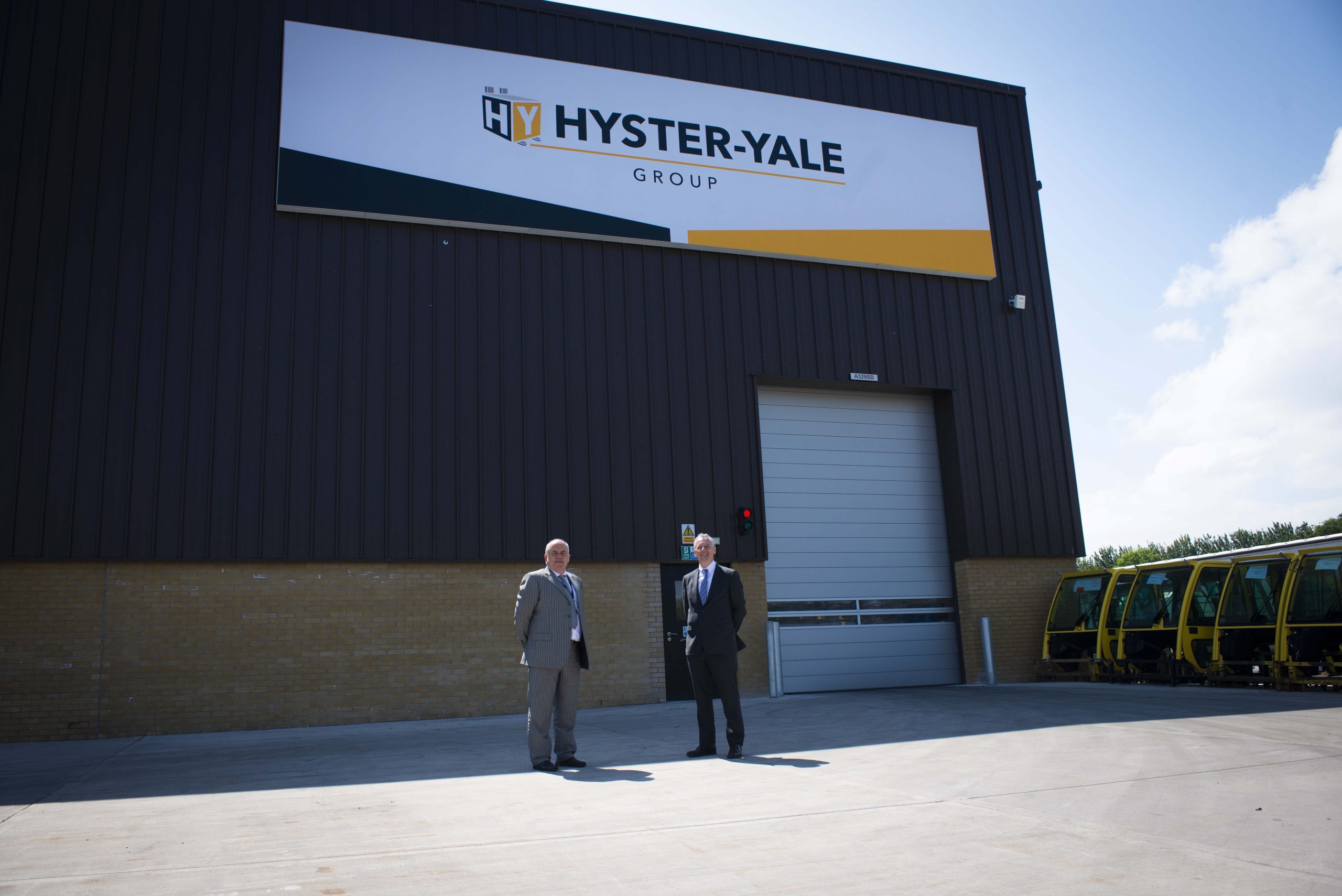 In 2021, the Hyster-Yale Group proudly celebrates 40 years of manufacturing lift trucks at its plant in Northern Ireland as it announces the expansion of its Craigavon site.

The facility, which was officially opened on 7th April 1981, was built and equipped with the most up-to-date robot systems and equipment. Over the years the plant has grown to be the largest volume forklift plant in the UK, manufacturing thousands of electric, diesel, and LPG forklifts each year for export throughout Europe, the Middle East and Africa.

The site, around 30 miles from Belfast, employs hundreds of people from the local area, which the company credits as key to its success story. This year, five team members will also celebrate the milestone of 40 years with the company, while more than 100 current employees at the site have 30 years or more of service.

“The success of our plant at Craigavon is driven by our people, where we see incredible dedication, perseverance, and loyalty from the team at all levels, with an average length of service of 17 years,” says Jim Downey, Plant Manager for Hyster-Yale Group EMEA in Craigavon. “Over the last four decades, our people have worked together to conquer challenges, embrace new opportunities, and maintain forward momentum, and that is why our facility continues to succeed, evolve, and grow.”

Transformation remains key to the Craigavon facility, where expansion of the 500,000 sq. ft. site is currently in progress, in preparation for future manufacturing demands and product lines. The company has invested millions over the past 2 years developing the factory, which incorporates leading technologies and up-to-date automated systems.  The extension will also create dozens of new jobs, including continued investment in apprenticeships.

“We have great confidence in the talent pool in Northern Ireland and are fortunate to have so many long-standing employees that bring with them significant expertise, including many of our management team who started their careers here on the shop floor,” says Downey. “However, at the same time, we are keen to optimise our operations with automation and new ways of working that best support our workforce and deliver the quality our customers need,”

Quality is key to the facility at Craigavon, which has been the recipient of numerous awards throughout its history. Among the team’s achievements is ISO 50001 certification for its commitment to energy efficiency, and sustainability continues to be a key driver for the company during its latest site expansion.

The new 60,000 sq. ft. extension to the factory will be known as the Sands Building, in honour of Harry Sands, former Senior VP and Managing Director, EMEA, for Hyster-Yale Group based in Craigavon, who retired in 2020 after 40 years with the company. It has been built with environmental specifications and ambitious objectives in mind. For instance, it incorporates a completely new approach to lighting which harnesses more natural light, decreasing electricity consumption and reducing CO2 emissions. A biomethane fuelled plant on the site will also be used to provide 80% of the electrical power required, with the heat by-product also used on site.

In line with the Hyster-Yale Group 2026 Corporate Responsibility Objectives, the site aims to reduce carbon emissions by 30%, in addition to targets for reducing water consumption, waste, and landfill.  Waste to landfill from the facility has already reduced significantly, with 97% now being recycled, and a number of other waste reduction initiatives exist on the site, everywhere from the canteen kitchen to the packaging line.

The Craigavon plant also continues to be committed to biodiversity, encouraging rare wildlife in its grounds as a result. The latest plant extension incorporates a Sustainable Urban Drainage System, which mimics natural drainage and is more environmentally friendly.

“Throughout its 40 years the Craigavon facility has continued to innovate and build capability to be an agile and flexible facility, that is able to meet and exceed customer expectations through automation, people and processes,” says Downey.

“Now is an exciting time as ever, as we adapt our assembly lines, connect with new technologies, and develop our product ranges, laying the foundations for future growth and many more decades of success,” he concludes. 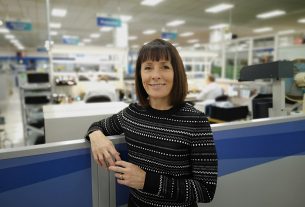 How Made Smarter is empowering women in manufacturing 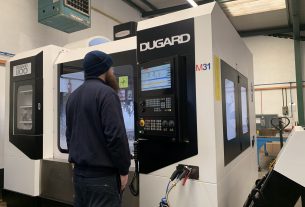 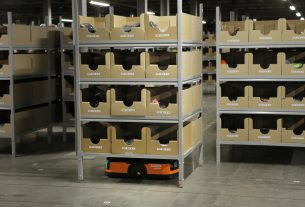