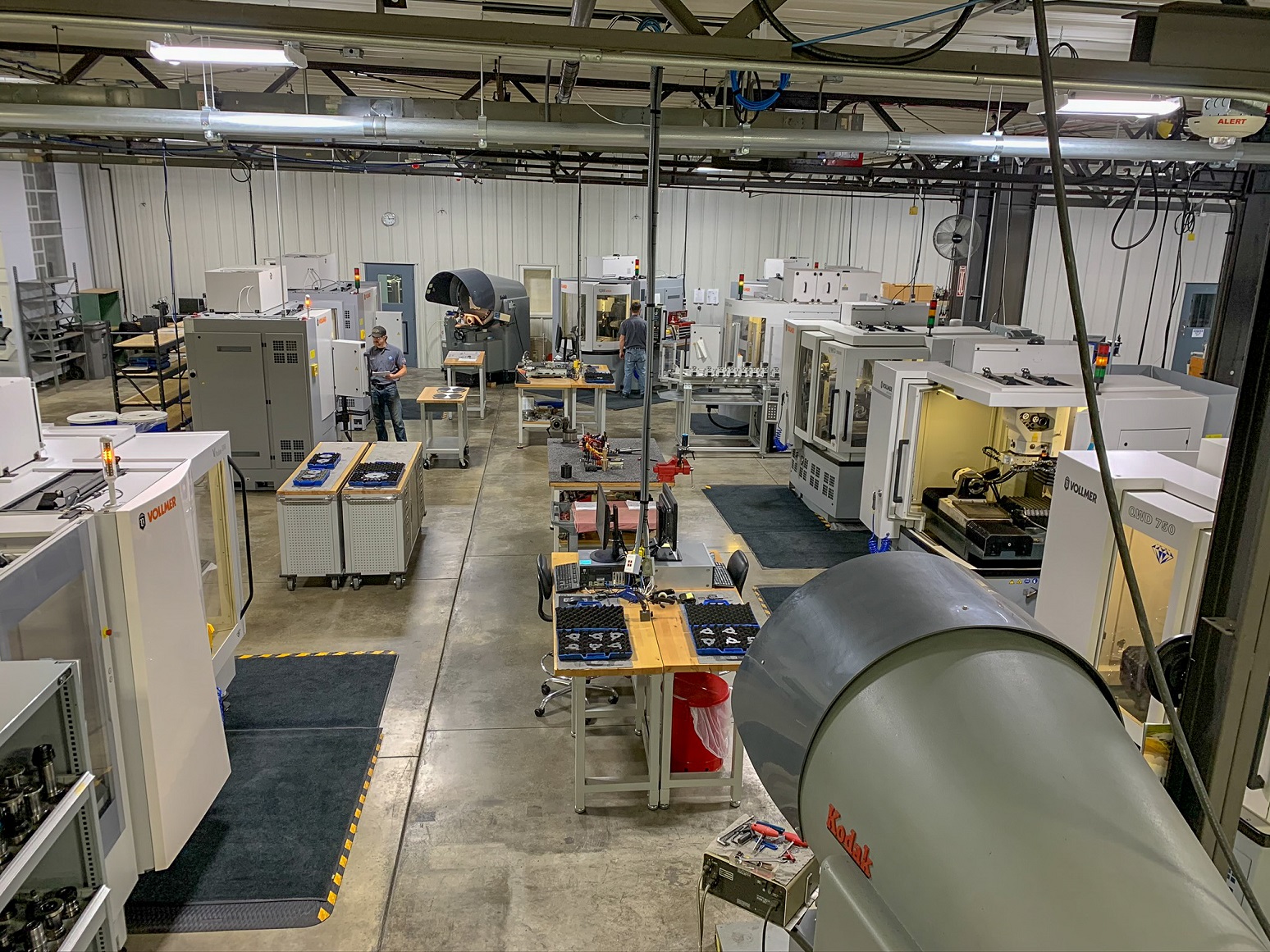 Just one year before Great Lakes Custom Tool Manufacturing Inc. (GLCT) celebrated its 40th anniversary in 2019, the Wisconsin based company was marking other milestones in its prestigious history with the opening of a 20,000 square foot factory extension and the arrival of five additional VOLLMER machines.

For anyone who knows the Peshtigo business that was born out of a 1,700 square foot Quonset hut in the late ’70s, the rate of expansion and investment comes as no surprise. Founded by the current owner and ‘Head Coach’ Russ Martin, the journey has seen GLCT evolve from a small saw sharpening business to a custom tooling manufacturer and far beyond. As Vice President, co-owner, and son of the ‘Head Coach’, Ray Martin confirms: “Back in the early days we had to put anti-freeze down the toilets and through the plumbing to stop everything freezing up in the winter. Now, we have a 100,000 square foot factory that is fully temperature controlled all year round.”

Like any successful ‘Head Coach’, Russ has developed both his team and business through the decades with a multitude of accolades and acquisitions that have set the company apart from its rivals. With State awards for Family Business of the Year, Chamber of Commerce Small Business of the Year, Governor’s New Product Award for Small Companies and Challengers Distinguished Achievement Award, GLCT has also expanded upon its success with acquisitions of Sonnet Tools, Paso Robles and AAA Precision Tool & Cutter Grinding Inc. The result is a business with more than 70,000 product items in its armoury across the woodworking and metal cutting tool industry. Part of this product portfolio includes the Great-Loc® and Helicarb® technologies that have been developed and patented by GLCT. Add to this, the bespoke product solutions, re-manufacture and repair, expert service and support; and the product offering and service is certainly a cut above the competition. “The combination of products, service, support and the company culture of investing and innovation is why we have a broad customer base throughout North, Central and South America,” confirms Ray. With more than 80 staff, 50+ CNC machine tools, a multitude of manual machines and inspection and measuring technology, one brand that has lasted the distance is VOLLMER.

As Ray continues: “We bought our first VOLLMER machine back in 1979 when we started and this was followed by a VOLLMER CHC22H saw grinder for face and top grinding in 1982. We then bought a manual side grinding machine in 1985 and this machine is still in service today for some of our repair work! It wasn’t until 1999 that we bought our next VOLLMER machine, a CX100 for top and face grinding of carbide-tipped circular saws.

OPENING THE DOORS TO INNOVATION

Referring to the situation in the late 90’s Ray says: “At the time, we needed to get into the PCD tooling market. The woodworking industry was evolving rapidly with new composite materials coming through and the machine technology just wasn’t out there. Through the late 80s and early 90s we hadn’t bought any VOLLMER machines, in honesty, the service wasn’t there at that period – but ‘Wow’ has that changed! We put our faith in VOLLMER in 1999, as we didn’t have anywhere else to turn from a technology standpoint – their machines were streets ahead of anything else in the industry. The technology was matched by the service and since the turn of the century, we have added two CHD270 machines, a DES300, a CHF270 and CHF840, a CHC840 and even the ND250 robotic loading system.” With average saw blade order quantities ranging from 4 to 6-off and even up to 20 & 50, the VOLLMER TCT machines are producing a substantial quantity of new saw blades every week; with an additional large quantity of saw service, re-grind and repair volumes passing through the company as well.

Back in the early 2000s, the woodworking market was evolving in terms of material and tool technology, so after the success of the VOLLMER CX100 in 1999, GLCT installed its first QWD wire erosion machine in 2002 for processing PCD cutting tools – the QWD750. As Ray recalls: “Our customer base for PCD tools grew at a slow and steady pace for a number of years, but it was certainly the QWD750 that changed the game for us. We added a second VOLLMER wire erosion machine, the QWD755 in 2004. The first QWD750 machine offered us all the capacity we needed, but we bought a second QWD as a ‘just-in-case’ machine, as we developed a steady customer base and subsequently reliance on our QWD750, so the second machine was ‘back-up’. During this period, we acquired Sonnet Tool and the exclusive rights to Helicarb® which coincided with our diversification into the metal-cutting market. By 2009, the move into the metalworking industry and the growing demand in the woodworking sector had increased our PCD tooling business by 6 times.”

The productivity of the two VOLLMER QWD wire erosion machines carried the capacity of increased business until 2014. As Ray states: “By 2014, demand for our PCD tools was stretching our QWD machines, so we installed a 6-axis QXD250 disc erosion machine. Unlike the QWD machines, the QXD enabled automated production of tools up to 320mm diameter and it was installed with the HC5 loading system that can accommodate up to 28 tools.”

The automation facility of the HC5 loading system enables the QXD250 to manufacture PCD tools unmanned; and depending upon the complexity of the tools, the QXD250 can run for days without operator intervention. With GLCT realizing the benefits of VOLLMER automation systems, the QXD250 was followed in 2015 by yet another QWD machine, this time it was the QWD750H with a 12-tool pallet system. As part of the investment drive, GLCT also invested in the VOLLMER QM Eco disc erosion machine for PCD tools. Commenting on this, Ray recalls: “We had invested in the QWD and QXD machines and they delivered significant success for our business, but we then needed another machine and we felt another QWD would have been ‘too big a gun’ for our needs. We had built our PCD business up with the QWD, but as an efficient, productive and cost-effective solution, the QM Eco was the perfect fit.” The acquisition of the QXD250 with HC5 loading, the QWD750H and QM Eco provided the production capacity to support the growth trajectory that GLCT witnessed concerning its PCD cutting tool business for both the metal cutting and woodworking industries, but only for a short while.

With plans afoot for a factory extension and production capacity bulging at the seams, Ray went out to auction and bought another VOLLMER QWD750 to alleviate capacity concerns whilst placing orders for more machines. As soon as the 20,000 square foot factory expansion was completed in 2020, the new machine orders started arriving to fill the space and provide much-needed production capacity. As Ray continues: “It hasn’t just been VOLLMER machines arriving here. We now have numerous CNC machines alongside the VOLLMER’s and we have invested heavily in supporting equipment and tooling that ensures we have the very latest technology to give our customers the finest quality and service possible.”

The VOLLMER machines that arrived at the factory in 2018 included a QM110 disc erosion machine for PCD tools, a QF270 for machining the tooth sides of PCD-tipped circular saws via disc erosion and the arrival of the company’s first VPulse500 wire erosion machine with the HR external workpiece storage system for automated loading of up to 16 tools. As the successor to the longstanding QWD range of wire erosion machines from VOLLMER, the product improvements and in particular the VPulse erosion generator technology have certainly been noticed by GLCT. “The VPulse generator has made this new machine at least 20% more productive than the existing QWD machines. In addition, the surface finishes on our cutting tools are even better than before. Furthermore, the new-look machine has the latest VOLLMER ExProg programming system integrated to provide an intuitive user interface that offers both ease of use and a simulation system for checking edges and geometries to save time and eliminate human error. It really is a fantastic machine.”

WHAT DOES THE FUTURE HOLD?

Whilst none of us can see into the future, one thing for certain is that GLCT will continue its path to success. The company has invested heavily and wisely in both its staff and technology and the German brand of machine tools has played a significant role for the company nestled on the side of Lake Michigan. Whilst business for GLCT has been impacted throughout the COVID pandemic, like most businesses, the company has still retained the foresight to invest – installing its 19th VOLLMER machine, a QR270 erosion machine for processing the tooth tops of PCD-tipped circular saw blades. Concluding on the relationship with VOLLMER, Ray says: “When it comes to manufacturing PCD cutting tools and saw blades – VOLLMER is ‘our go-to’. As well as investing in all these machines, we also bought the VOLLMER VGrind 360 for our sister company AAA Precision Tool & Cutter Grinding LLC. Bought for grinding carbide tools, the two vertically aligned spindles have made a big difference to our productivity and surface finishes at AAA. So, whether it’s circular saws, TCT or PCD saws, solid carbide or PCD tipped tools from rod, VOLLMER has it covered. We wouldn’t even think of looking anywhere else – and we wouldn’t need to.” 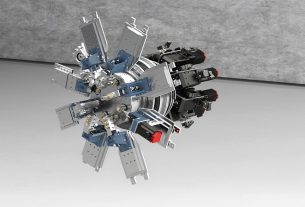 Tornos MultiSpindle To Get UK Exhibition Debut at MACH 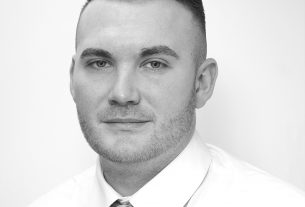 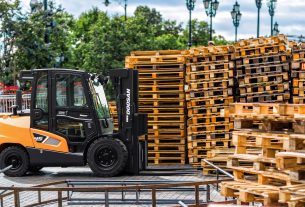